The assignment is take someone else’s map and modify it. I was assigned Asha Katti’s map of wildfire-prone areas in the U.S. 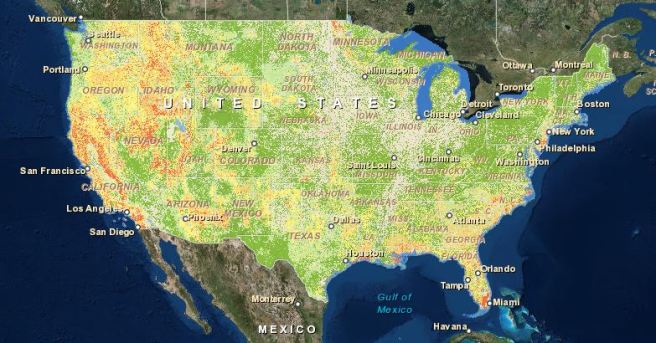 Here is the link to Asha’s map.

Asha is concerned with how wildfires affect people. The other layers on her map include 2014 USA population density and 2009 USA social vulnerability.

Fires aren’t the only natural disasters that impact American lives. When the 1999 Loma Prieta earthquake struck the Bay Area, I was working at a social service agency in Berkeley. The earthquake left thousands of people homeless and jobless. I learned how easily a person’s life can be disrupted by an unexpected event. But, it doesn’t take an earthquake.

It’s been three years since Hurricane Sandy. The category 2 storm flooded neighborhoods along the East Coast. The worst damage was in New York and New Jersey. And, people are still recovering from Sandy’s effects.

So, I amended the map to show the risk of all natural disasters that have a potential major impact on American lives: volcanoes, earthquakes, hurricanes, tsunamis,n floods, tornadoes and wildfires.  Did I leave anything out? Zombie outbreak?

This is Asha’s fire layer in Northern Virginia, where I live. Although we do have wildfire warning days in the summer, our overall risk of fire is low to very low (green and light green).

(Clicking on any of the maps below should take you to esri’s more interactive map viewer, so you can look at your neighborhood.)

While I haven’t experienced a wildfire in Virginia, flooding occurs regularly. The area in purple is the 100 year flood zone. This is the area that has a 1 percent chance of flooding in any given year. The yellows show population density.

Floods in Virginia can be the results of hurricanes. We have a moderately high hurricane risk (orange). This is the same risk as New Jersey.

The other severe weather threat that we worry about is tornadoes.

However, we are less likely to have tornadoes in Virginia than in many other parts of the country. 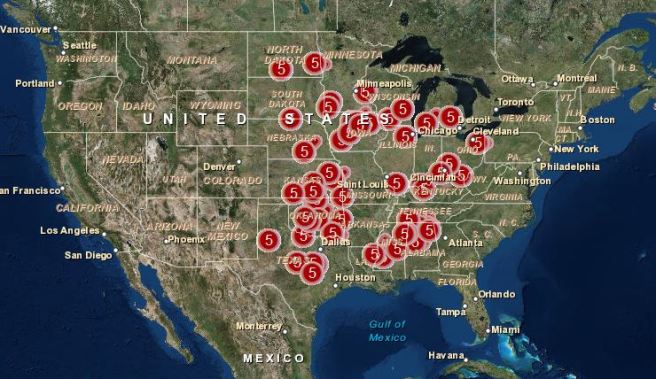 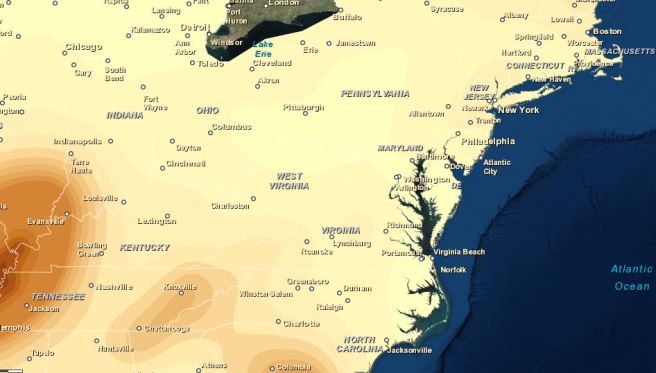 This map of the West Coast shows earthquake and volcanoes. Volcanoes aren’t a risk in Virginia (or most of the United States), but there are active (red) and potentially active (blue) volcanoes in Washington, Oregon and Northern California.  Recent earthquakes are shown as smaller dots. The red markings on the coast are tsunami risk areas.

A natural disaster can change a life without any warning. So, how safe are you?